Freemasons. Illuminati. Big Oil. Corporations. Bilderberg Conference. Rothchilds. The Pope. Queen of England. Politicians. What do they all have in common? They are all blamed for the shitty times that we are in globally. Don’t get me wrong, this world is pretty awesome. There are still a ton of beauty left unexplored and millions of amazing people you’ll never get the chance to meet. My point is, you can tell the direction of where we are going. And its not good. This page is dedicated to exploring who controls the system and by what means.

Exploring who controls and steers the world population here on Earth is challenging. Think…if you were in power, or part of the powerful force that runs this Earth, would you make yourself easy to find? Hell no! Everything they do is in the shadows, while you’re looking left, they are doing something over to the right. Their plans are made a century in advance. The easiest way to boil a frog to death is to put it in water, and then slowly heat up the water. If you put a frog in boiling water, he’ll jump out immediately. Keep that in mind. Time is their friend.

THEY CONTROL YOUR FOOD SUPPLY

According to a recent article on Business Insider, about 10 companies control what we eat. Go ahead and zoom in on that infographic…it will make your stomach turn. Thats called total control. 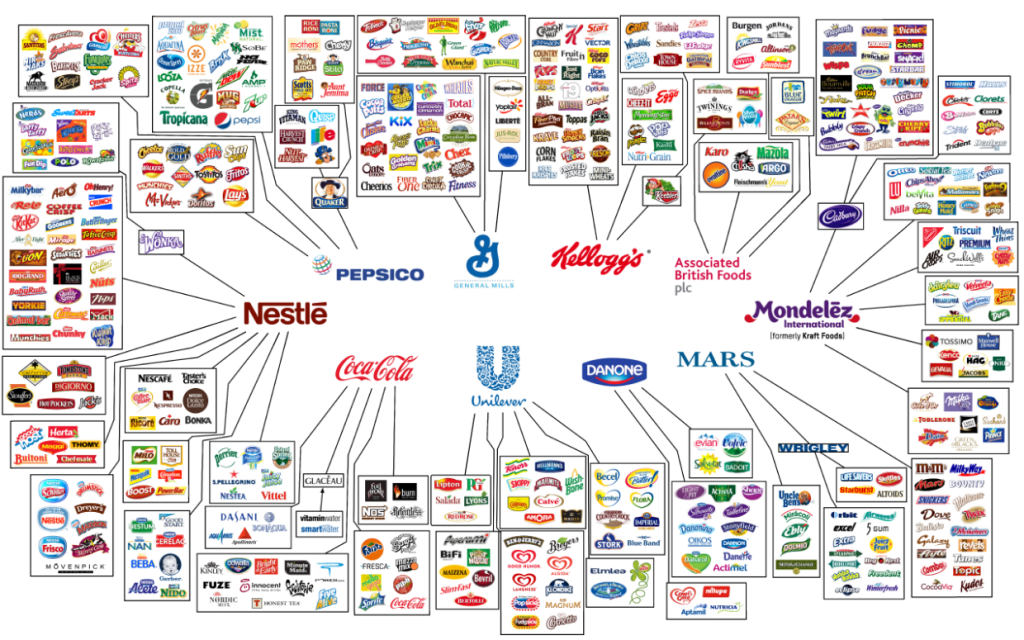 THEY CONTROL THE  MEAT INDUSTRY

According to statistics compiled by this article on OneGreenPlanet, the agriculture & Meat/Poultry Industry would have you believe that farm animals are grown on lush green pastures around the world. The reality is that a handful of extraordinarily powerful corporations own and control the entire industry, and often team up with influential trade and lobby organizations and even government agencies to shape the market to their benefit. Surprised??

THEY CONTROL THE FRESH WATER SUPPLY

Although the world has plenty of “saltwater,” in comparison there is very little fresh water ready for drinking. They realize this, and with a growing population…fresh water is becoming the next big commodity control play for Them. This article written in The Guardian explains what I am talking about.

THEY CONTROL THE MASS MEDIA

According to a research piece and infographic posted by Frugaldad.com, the media consolidation has gotten so bad, that in 1983 there used to be 50 media companies…and by 2011, that number had dwindled down to 6. Once again…the goal is total control. Think of how many households have televisions, radios, computers, etc. You get the point. 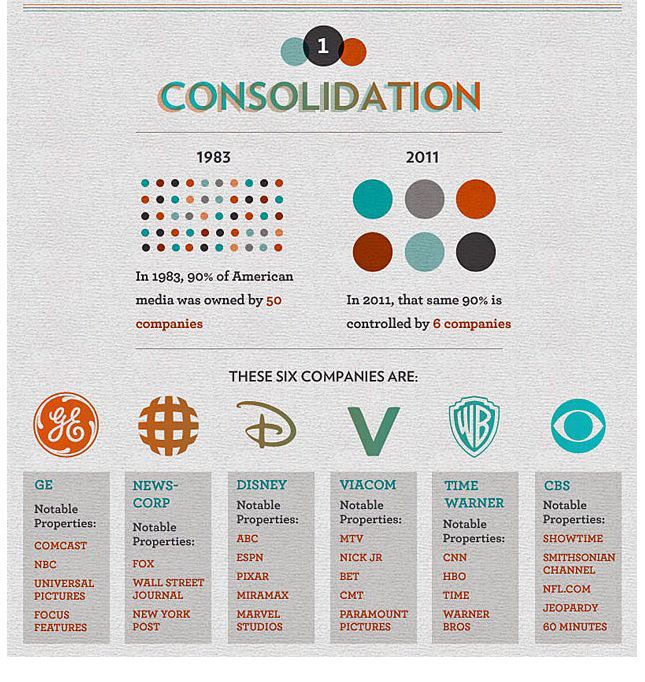 Lets begin our research with the Georgia Guidestones, a mysterious granite monument in America’s midwest. Click the link to move on: GEORGIA GUIDESTONES